Ronda, Spain: The Most Romantic City in the World

Ronda, Spain, is the most romantic city in the world. A White Hill Town in Andalusia, it seemingly sits on the edge of the universe. 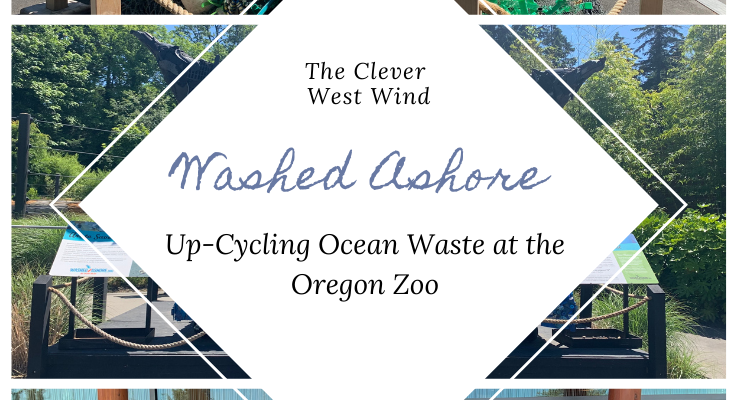 The Washed Ashore Exhibit at the Oregon Zoo communicates a harrowing message in a plastic bottle. Only available through the end of January.

What Happened When We Got Lost in Ávila, Spain, and Why I Fell in Love with the City

I grab his hand, and with unquestioning trust in his sense of direction, I run along the top of the medieval wall surrounding Ávila, Spain, dragging him behind me. We had wandered perhaps a little too far from where we entered the top of the wall, lingered a little too long. We now have less than fifteen minutes to catch the tour bus, or the tour group leaves Ávila and returns to Madrid, without us.

“I think I saw there’s an exit this way,” he says.

As the minutes trickle away, we run further and further along the giant stone wall. And still, there is no exit in sight. My husband does not seem to be displaying the amount of concern or hurry I feel appropriate given the circumstances.

And then he just stops, pulling me up short.

I’m breathing heavily as he looks at me and asks me calmly, “Why hurry? Either we’ll make it, or we won’t.”

I know he’s right. On multiple counts. We wander on, at a slower pace this time. And we do end up finding another exit in the direction he had suggested. But the exit drops us off on the other side of Ávila. The tour bus leaves for Madrid without us. And yet, it becomes one of the best and most unforgettable adventures we had together in Spain.

When we initially discussed a day trip to Ávila, we had not decided whether to join a tour group or to venture out on our own. So luckily, it just so happened I had already looked up train departures from Ávila to Madrid the day before. Now standing lost in Ávila, we decide we might as well have a look around. So we choose a departure time, and then we set out to see the town. First stop, the gothic cathedral.

There’s a lot to love about the cathedral in Ávila, Spain. For starters, it was the first gothic cathedral built in Spain. Also of interest, the back side of the cathedral happens to be part of the medieval wall surrounding Ávila. And to top it all off, the entrance fee to this cathedral is very reasonably priced, and the tour of the bell tower is unrivaled.

Why I’m obsessed with the Cathedral in Ávila, Spain

Ok, now lemme tell you why I love Ávila’s bell tower tour so much. First of all, I love old buildings, and the way you can feel they have a story, a life, a soul of their own. But every admission I pay, every tour I take, every cathedral or castle I explore, there are always locked doors, hallways cordoned off. You can feel the building holding itself back. And I am undoubtedly aware that I am a stranger, a tourist.

I yearn to know the building intimately, to see what lies beyond the tourist’s view, to know a building’s secret places. I long to feel what it was like to live and walk and breathe, to be a part of the building when it was still used for it’s initial purpose.

Expecting no more than a brief and casual peek inside the cathedral, my husband surprises me with admission tickets for the bell tower. As we begin the tour, I quickly discover that Ávila’s tower tour is every thing I have always wanted a cathedral tour to be. Yes, we climb the bell tower and see the bells. But we see so much more than that, too.

And we aren’t just given admission and told to climb 200 stairs or take an elevator to the top. We are guided in-person. The tour guide leads us to explore a walkway overlooking the cathedral, the bell ringer’s apartments, and even the top of the vaulted ceilings. I’m not sure if you’d even call it the attic. If there’s a place between the attic and the roof, that’s where the tour guide took us. You don’t get more intimate than that with a building.

My Husband’s Favorite Part of the Story

Ok, this is probably my husband’s favorite part of the story. Our guide narrates the tour in Spanish. However, audio guides are available in other languages as well, including English. I probably should have used the audio guide.

Feeling a bit brave, I decide to try the tour in Spanish. I had been practicing my Spanish listening skills on and off the entire vacation. But our tour guide speaks a bit too fast for me. And eventually I start to tune out, asking my husband to recap what’s happening for me every so often.

Next thing we know, I’m leading the tour group down a passageway and opening doors the tour guide explicitly told us <in Spanish> not to open. As I open the forbidden door, a giant gust of wind rushes past us in the narrow passage, a dizzying fifty feet off the ground. The tour guide yells frantically at me to shut the door.

But luckily, they don’t kick us out. The door is safely shut again, and no one was blown off the walkway by the wind storm I released. I learn that some doors are kept closed for a reason. And we continue the tour.

Moral of the Story

So here’s the take away. If you’re practicing your shaky foreign language listening skills, maybe let someone else lead the way.

The Convent of St. Teresa

Another beautiful site in Ávila is the Convent of St. Teresa. We decide not to enter the convent, simply due to time. But we do learn a few things about St. Teresa before we move on.

Teresa of Ávila was a Spanish noblewoman, born in 1515. She is one of the patron saints of Spain and the sick. In fact, in 1970, she became the first female Doctor of the Church. (A Doctor of the Church is some one who has made consequential contributions to Catholic doctrine.)

The Convent of St. Teresa is believed to have been built on the site of her birth. When you visit the convent, you can view a relic of this important Catholic Saint. You can also view another relic of St. Teresa at the convent in Ronda, Spain.

Getting to Ávila, Spain

Ávila, Spain, is a small town just an hour and a half from Madrid. Visiting Ávila makes for an excellent day trip. You can easily book a tour through one of the kiosks on Plaza del Sol in Madrid. Or if you’re feeling more adventurous, plan your own transportation. Trains leave from and for Madrid regularly and are fairly inexpensive.

If I were to do it all over again, I would book our own transportation from the beginning. The tour we booked from Plaza del Sol only gave us an hour and a half in Ávila. The first 45 minutes were guided, followed by 45 minutes of free time to explore on our own. Although the tour was interesting, 45 minutes free time is not enough to explore Ávila’s cobblestone streets and see all that it has to offer. Plan to spend at least a half day there.

Tips to Know Before You Go to Ávila, Spain

—>Check out the epic viewpoint you see above of Ávila, Spain. If you take the bus tour, ours stopped at the viewpoint of the city for pictures. Or, if you decide to plan your own visit, take a taxi to this viewpoint for a fun photo shoot.

—>If you’re short on time when visiting Ávila, be aware of the siesta hour. Staffing at some businesses during this afternoon hour is a bit lighter. So be aware, it may take longer to get through lines during this time.

Looking for more day trip ideas from Madrid? Watch for my upcoming posts about our adventures in Segovia and El Escorial.