7 Free Things to do in Barcelona 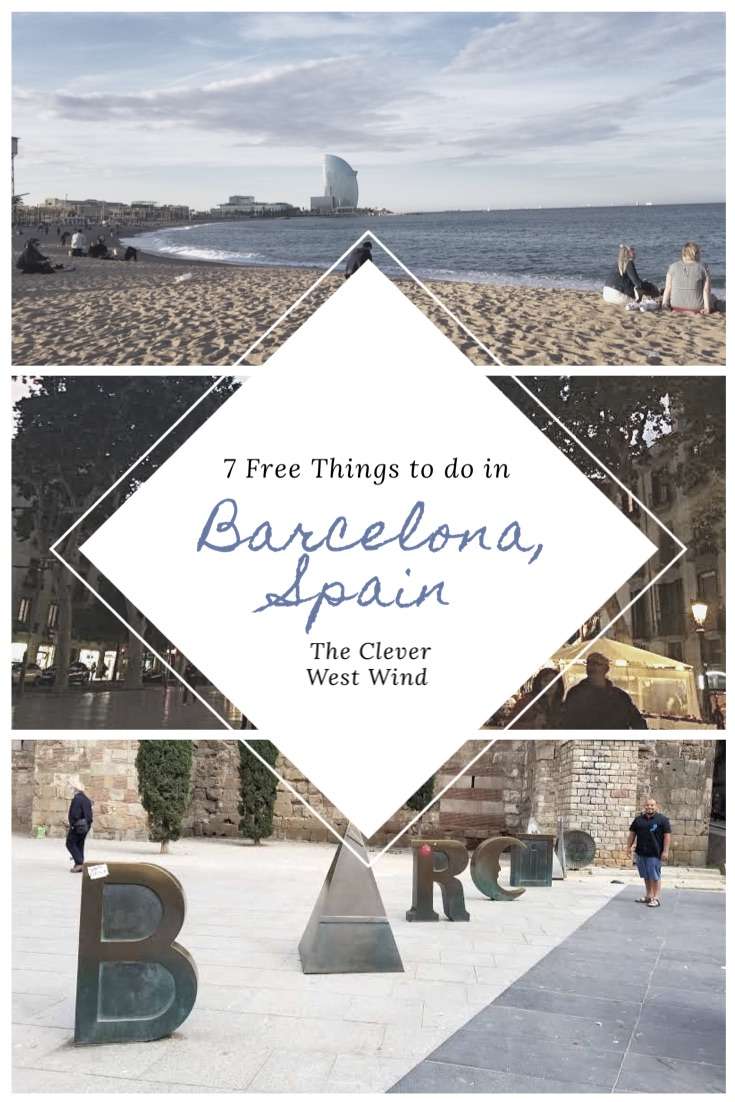 Traveling can get expensive fast. One of the number one reasons I hear people list for not traveling is the cost. I get it. But travel really doesn’t have to be something so far out of reach. For those of you who are traveling Spain on a budget, this post is for you. There’s actually a lot of things you can see and do in Barcelona without spending a dime. So here’s a list of seven ideas of free things to do in Barcelona, from me to you.

Believe it or not, Park Guell makes this list. Park Güell is huge! And there’s actually only a small portion of the park that you have to pay entry for. Of course, the part you pay entry for is the part that’s most well known from postcards. But the rest of the architecture and art in the park is just as impressive, beautiful, and every bit as worth your time. FYI, Park Guell is one of the stops on the Hop on Hop off bus tour. We only visited the free admission section of Park Guell, and even so, I wish we had spent more time exploring, there was just so much to see there!

2. Visit the Passeig de Gràcia in the Eixample District

The Passeig de Gràcia, or passage of grace, is an avenue in the Eixample district of Barcelona. You can visit several beautiful buildings from the Modernista architectural movement here, including Casa Milà and Casa Batllo.

Casa Milà was nicknamed “La Pedrera” by the people of Barcelona, which means the quarry. The building reminded the people of a pile of rocks. I suppose I can see that. But my initial impression of Casa Mila was that it belonged under the sea in the Little Mermaid, perfect for a city near the ocean. It wasn’t until after Antoni Gaudi’s death that Barcelona fell in love with La Pedrera and grew proud to claim it as icon of their city.

Although you do have to pay entry to tour the Modernista buildings here, it was very enjoyable and completely worth while just strolling the streets and admiring the architecture from the outside. FYI, the Eixample neighborhood is another stop on the Hop on Hop off bus tour.

The narrow, twisting, intimate streets of Barri Gotic hide secret courtyards and beautiful architecture that’s fun to explore. This is where you’ll find the Cathedral of Barcelona, Carrer del Bisbe Bridge (pictured above), and ancient Roman towers that mark where a gated entrance to the city once stood. In Placa Nova there’s a fun sculpture that spells out “Barcelona” in geometric shapes which makes for a fun photo op. It was while exploring Barri Gotic that we happened upon San Felipe Cathedral.

We wandered into San Felipe Cathedral while aimlessly exploring the city one night. Although not as impressive as the Cathedral of Barcelona, it had its own charms. Not a big tourist attraction, the atmosphere was more peaceful. Entrance was free, and they were hosting a concert the following night I wish we could have made.

There’s a great buzz of activity along La Rambla all day long and late into the night. Lined on both sides with tall trees, it’s a beautiful sight to see. A thoroughfare that stretches all the way down to the beach, it is filled with pedestrian and tourist traffic, shops, and restaurants. You’ll probably be able to catch some street performers there, but don’t be surprised if they run at the first sight of law enforcement!

For more ideas on what to do and see in Barcelona, visit my post 15 Things to Do in Barcelona. Until then, buen viaje!

10 thoughts on “7 Free Things to do in Barcelona”